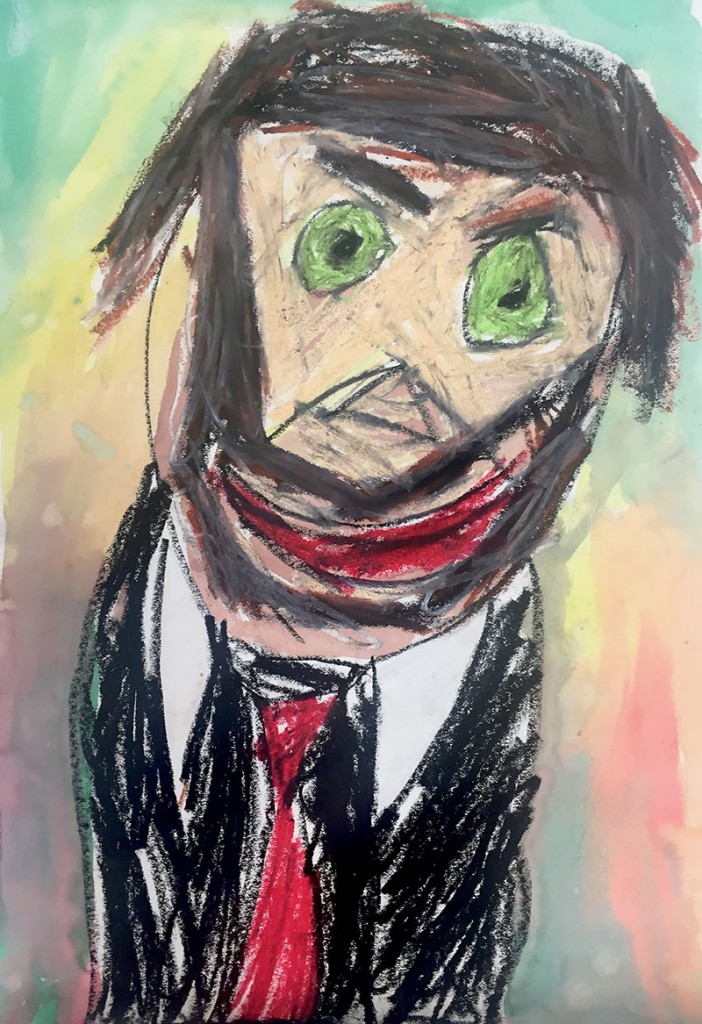 Zack Davis’s artistic practice incorporates sculpture, performance art, and ceramics. He began ceramic studies at California State University, Chico, graduating with a degree in Studio Art in 1998. In his graduate studies at Claremont Graduate University in Claremont, California, he began incorporating performance art into his oeuvre. Works from this period occasionally included ceramics, as in “Wheel Thrown Suit” in which ceramic pieces were created over a period of 12 hours and then destroyed by water in a bathtub. Others diverged completely from his ceramic practice, incorporating actors in elaborately staged scenarios. Collaboration and (partial) loss of control over the outcome became a significant aspect of his work.After Davis graduated from Claremont in 2003, he continued to work in San Francisco with performance art, as well as sculptures in foam with pop sensibilities. During a residency at the Museum of Arts and Design in New York City in 2008 he reintroduced ceramics into his art. At the same time, Davis’s work synthesized many of the features of his previous work, incorporating both performance and collaboration.Davis’s work has been shown internationally, including in New York City; Los Angeles, California; San Francisco, California; Berlin, Germany, and Brescia, Italy.  In addition to the residency at M.A.D., he participated in the residency program at the Fundacion Valparaiso, in Mojacar, Spain.  Over the past 15 years, he has taught at the Browning School in NYC, Folsom Lake College, in Folsom, CA; Chautauqua Institute School of Art, in Chautauqua, NY; and Pasadena Armory Center for the Arts, Pasadena, CA. He has been the recipient of an Emerging Artist Fellowship at Socrates Sculpture Park in New York. He currently lives and works in Los Angeles, CA, and runs the Art and Design program at High Point Academy in Pasadena.